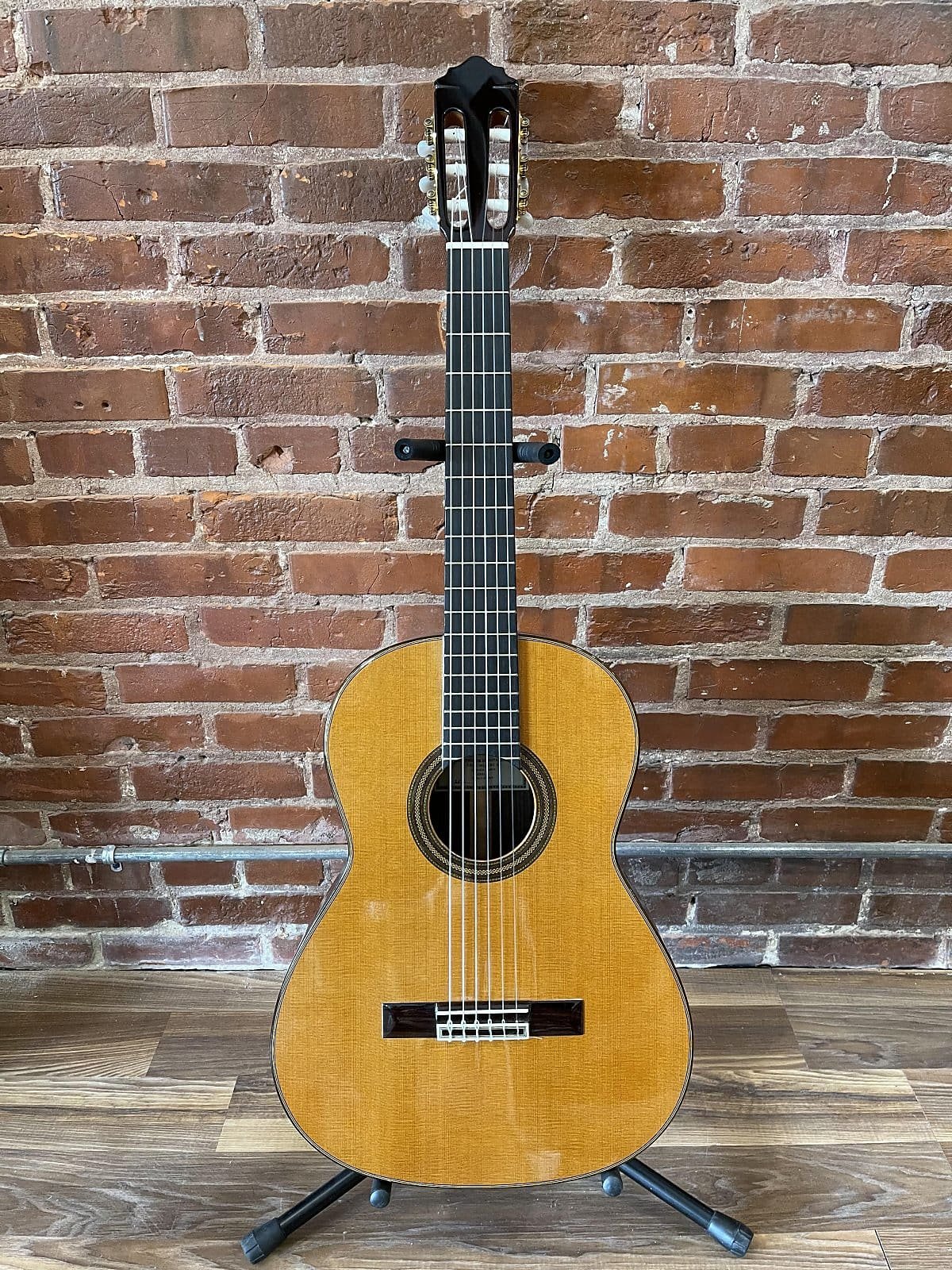 Teodoro Perez began work in 1966 as an apprentice in the workshop of Jose Ramiez III in Madrid, Spain. He decided after 26 years to begin his own business construction guitars. At present he works with his children, Sergio and Beatriz.

The Madrid model introduced in 2012 and was in fact constructed in the Perez workshop. Later years of this model have been outsourced.

It is made with the same attention to detail and craftsmanship that is found in their other models.

Minor wear with no cracks , repairs.