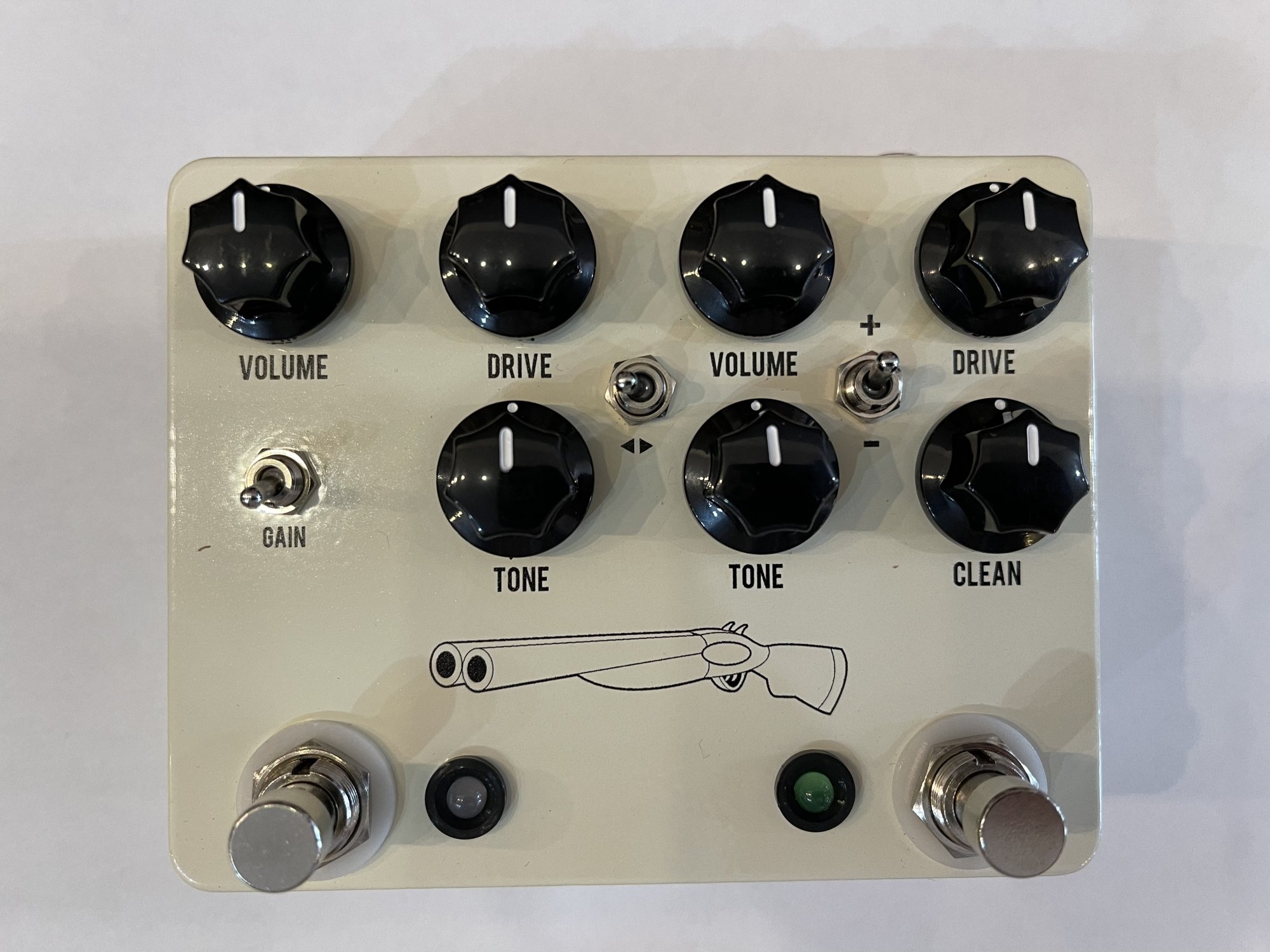 The Double Barrel V4 is for the player who needs a versatile but transparent overdrive at medium and light gain levels. You won’t find face-melting distortion here, but you will find overdrive with the character and stacking abilities to cover almost any tonal need, packing a one-two punch that is unrivaled.

"EVERYTHING LOW-TO-MEDIUM GAIN" PEDAL AND IT JUST GOT BETTER!

The right side is our brand new Moonshine V2, which is a highly unique and massively tweaked version of the most famous overdrive ever created, housed in a little green enclosure. The Moonshine V2 has the classic mid-heavy tones that you’d expect but with more gain, volume, and tones than you ever thought possible. The Moonshine V2 has the same core sound as the Version 1 but we have added a new “Clean” knob to blend in the perfect amount of clean signal with your overdrive signal. The order toggle lets you choose which circuit is first in the chain. When the toggle is flipped to the right side, the Moonshine is first. When the toggle is flipped to the left side, the Morning Glory is first.

The left side of the Double Barrel is our best-selling Morning Glory V4 overdrive. Transparent and open tones lurk inside this circuit, as well as the new hi-gain toggle with Red Remote capability. Just plug in the JHS Pedals Red Remote into the “Remote Gain” jack with a standard patch cable and you can switch the “Gain” toggle on the fly for even more tonal options. You now have five on-the-fly overdrive options to choose from in the Double Barrel V4!

When these two circuits are stacked, something magic happens. Tones that are original and fresh come with ease, as well as added flexibility thanks to the “order switching” toggle.

- Updated versions of the Moonshine and Morning Glory

- Order toggle to select the order of effects when stacking

We are convinced that this is one of the greatest 2-in-1 pedals ever made... seriously. If you're having problems getting the tones you want, just grab the Double Barrel V4 and you’ll find out how easy it is to hit the target!

V4 = Updated Moonshine V2 on right side and Morning Glory V4 on the left side. Top-mount jacks.