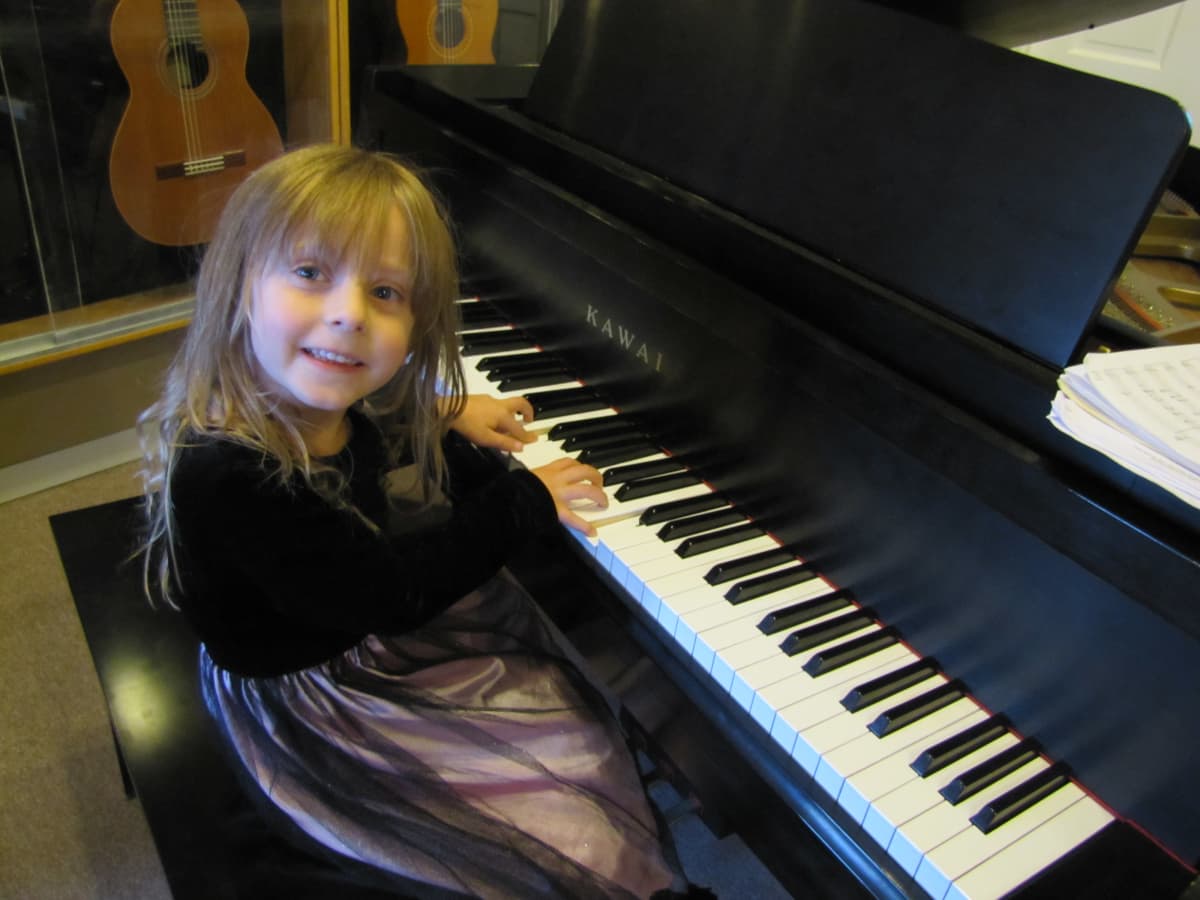 In lieu of recent health concerns and social distancing we now offer lessons via Skype, Zoom, and Facetime. When you call or email we will put you in contact with an instructor who will discuss the application that suits your  system as well as materials you will need to get started.

We offer lessons on the following instruments:

All of our instructors have full or partial degrees in music and/or extensive experience in performance and teaching. Lessons slots are available weekdays from 3-8pm and on Saturdays 10-5pm. Each instructor teaches one morning/early afternoon a week to schedule students who need an early time slot.

Lessons are tuition based at a half hour lesson per week. Payment is due at the first lesson of the month and cancelations will be made up that month if possible or forfeited. National holidays will be the only exceptions as well as any lesson missed by the instructor. 24hr notice of a cancellation is appreciated and any lesson cancelled without 24hr notice will have to be forfeited. Our instructors are full time professional instructors.

Lesson fees are $25 per half hour lesson.

Offered through Park HIll Community Eduction and taught at our studios in our Acoustic Room. We offer Beginning Guitar, Ukulele classes. Classes are scheduled for Fall, Winter, and Summer sessions. Please contact Park Hill Community Education or call 816-359-4060 for fees and class schedules.

Matt Allen- Bass Guitar, Audio Production.  Matt Allen has 15 years of audio engineering experience and has done numerous CD and demo projects for musicians in the Kansas City area. Whatever your DAW (Digital Audio Workstation such as Pro Tools, Garageband, etc.) Matt can help you get started and see it to completion. Matt is fluent in recording techniques, mixing, and mastering.

Michael Judd - Guitar & Electric Bass Guitar. Currently in the local band The Sun Eaters who released their first CD in 2015. Mike has attended Berklee School of Music in Boston.

Kandi Kos - Vocal & Piano. Studied vocal performance at the University of Missouri and Northern Arizona University.  Lead role of Hansel in MU’s production of Humperdinck’s Hansel and Gretel, other notable performances include roles in the Magic Flute, Cosi Fan Tutte, Susannah, Phantom.  Singing waitress while studying at NAU, performed for 2 years with the KC Symphony Chorus, music director at a youth academy in Colorado where she taught in a classroom setting to preschool through Kindergarten aged children and assisted  elementary school aged children with writing their own musicals in after school care, as well as private piano and voice lessons.  Sang  for 7 years with the local rockabilly/country band, Crybaby Ranch, and continues to explore other musical outlets.

J.P. McClain- Guitar & Electric Bass. JP has been playing out, recording and giving lessons since the early 1970's. Titan Records recording artist and leader of many bands most recently The JP McClain Band and formerly with Billy and the Gravetoppers. JP began his teaching career at Rich Roberts in 1975 then at Antioch Music for 35 years. He moved over to The Guitar Syndicate from 2012 to 2016. Forty one years of teaching experience and legions of former electric guitar students that have become professional musicians have all benefitted from JP's unique approach to teaching. JP currently has students from 8- 78 years of age in his studio at Bentley Guitar Studios.

Jimmie Meade -Jiimmie Meade has been playing and teaching harmonica for 25 years- studying with Joe Filisko, Lee McBee, and Lazy Lester. He was a founding member of Levee Town for 13 years, taught classes in the KC Blues Harmonica Workshop, and has had students from the ages of 8-80.

Joe Miquelon - Saxophone/Keyboards/Theory
Joe's credentials include a Theory/Composition Major from Tulsa University, performing with various artists including Bonnie Raitt, The Temptations, George Clinton & the P-Funk all-stars, members of Eric Clapton's band etc. Most recently he was a member of The Elders irish rock group.

Singing and performing since the age of 7, Jillian is a Kansas City native singer/songwriter and musician who has toured and performed across the United States, including the NAMM show, major sporting events, the Grammy Museum Music Revolution Project, and the CDBaby DIY Musician’s Conference. She has studied and trained with multiple vocal coaches in the Midwest since a young age, grew up performing in church and school choirs including award winning performances at KU with the OPHS Jazz Band. She has received regional music awards for vocal performance and songwriting, secured national radio airplay, and opened up for artists like Pat Benatar, Rick Springfield, Lisa Loeb, Everclear, Tantric, Stabbing Westward and more.

Alyse Weatherford - Alyse is a graduate of University of Central Missouri with a degree in Special Education. She started playing the Ukulele when she was around the age of 6 and has continued to refine her craft throughout the years. Alyse has been actively involved in music for the past 8 years now, with her involvement ranging from Musical Theater to large and small choral ensembles as well as district and state solo and small ensemble competitions. Teaching and the Ukulele are both passions of Alyse’s and she is enjoying the opportunities Bently Guitar Studio has given her to combine both!